Mark (@markdavidnorman) is a postdoctoral fellow at McMaster University. He is also a life-long hockey fan, and has been cheering for the Vancouver Canucks for over three decades. Mark has a PhD from the University of Toronto, specializing in Sociology of Sport, where he also taught an undergraduate course called Hockey in Canadian Society. More info can be found at his academic website.

Courtney (@courtneyszto) is an Assistant Professor at Queen’s University in the School of Kinesiology and Health Studies. Her PhD research focused on the connections between hockey, Canadian citizenship, and race. Her writing has appeared in outlets such as Interrupt Magazine, BlogHer, Rabble, and Delirious Hem. In 2014, Courtney started a social media project called Offside Plays that seeks to expose everyday patterns of racism, sexism, homophobia and other forms of discrimination in sport and physical activity. When not at the rink, she likes hiking, eating, and photography (not necessarily in that order). Courtney is also Past-President of the United Nations Association in Canada – Vancouver Branch.

Zuzana (@zuzinuanella) comes from Slovakia and has a PhD in sociology from the Masaryk University in Brno, Czech Republic – reuniting the former ice hockey empire, Czechoslovakia! Not only she is a big sports fan, moreover, in her academic work she focuses on the various identity processes that sport highlights in society.

Madison (@maddydanford) is a PhD student in the School of Kinesiology and Health Studies at Queen’s University. She seeks to explore the nostalgic connection between whiteness, rural communities, and hockey as representative of what it means to be Canadian. Her Master’s work studied women’s ice hockey officials and gender relations in officiating. Hockey has always been a part of Madison’s life, as a player, official, coach, programmer and currently in her studies.

Martine (@MartineDennie) is a PhD Candidate in Sociology at the University of Calgary, conducting qualitative research on the playing culture of ice hockey. Her PhD research is on the legality of violence in ice hockey and specifically addresses questions of consent and assumption of risk in North American hockey leagues. The focus is on the playing culture of the sport to find out what individuals within hockey consider to be a consensual part of the game. She has a Juris Doctor from the Université de Moncton and a Master’s from Laurentian University, which touched on criminal law and violence in ice hockey.

Shona (@sdh0809)is a passionate hockey fan that struggles with mental illness. A social work student at the University of Calgary Edmonton Extension, Shona believes in de-stigmatizing mental illness and looking at alternative methods of achieving and maintaining wellness. During hockey season, Shona spends most of her weekends at hockey games where she feels like her best self. Her hobbies include watching hockey, learning to skate, writing, and reading.

Alvin (@alvinema)is an educator and guidance counsellor at a private high school, where he finds ways to apply his knowledge from his formal education (MSc in Exercise Sciences from the University of Toronto). Inspired by Timbits Hockey commercials from hockey broadcasts, Alvin asserts that the first goal in doing anything is having (or trying to have) fun.

Brett (@AntiqueiPod) is a PhD Candidate at McGill University and a sessional instructor in Media Studies at the University of the Fraser Valley. His research studies the emotional impacts of media on learning/unlearning about individualism, racism, masculinity, and/or mental health. He is a fan of the Vancouver Canucks and films from around the world. You can find him on Twitter. 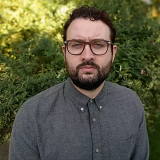 Jamie (@HockeyKilljoy) is a PhD candidate in English Literature at Queen’s University. His thesis is on women’s hockey narratives and their potential utopian possibilities. There are very few critical and creative sources on women’s hockey, so he conducted ethnographic research with a Canadian Women’s Hockey League team as well as a Professional Women’s Hockey Players Association team over the course of two seasons where he observed and interviewed players on their personal experiences in the sport. 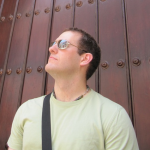 Matt (@TheAcademyBlues) is a postdoctoral associate at the University of Calgary in the Faculty of Kinesiology where he contributes to the Integrated Concussion Research Program. His research currently focuses on the sociocultural dimensions of brain injury in sports and their connections to science, technology, and media. Matt has a PhD from Queen’s University in sport/health studies (2016) and previously worked as a postdoctoral fellow at Georgia Tech (Atlanta, USA: 2016 – 2018). He has played, researched, and worked in hockey at times in his life – including a three-year stint working at the Hockey Hall of Fame – but his current relationship with the sport is…complicated. Matt is a musician and music enthusiast who wishes he could spend even more of his time at concerts and record stores.

Barbara Ravel (@BarbaraRavel1), PhD, is an Associate Professor in the School of Human Kinetics at Laurentian University. Her research focuses on gender and sexuality issues in sport. She is a former hockey player and represented France on the international stage in the late 1990s. She once shared the ice with Jayna Hefford, Vicky Sunohara, and the rest of the Brampton Thunder and lived to tell the tale.