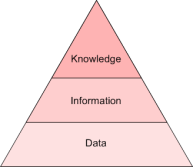 Any hockey fan can attest to the fact that there is a lot to consume when following the game. Through different channels, professional sports offer a variety of products reflecting the demands of their fans. Mason (1999) found that aside from buying merchandise and attending live events, fans consume the uncertainty that surrounds the game. Along with the three periods and potential overtime, fans find uncertainty in player status, team management, commerce and economics, league administration, performance trends or anything else that might impact the final results of a game. Pushing the uncertainty level even higher is the amount of misinformation released by the league and its teams to protect their financial interests.

And when there is uncertainty, speculation, gossip and discussion is soon to follow.

With the rapid development and usage of web technology and online communication tools, anyone with a simple understanding of the game of hockey can participate in the discourse. At one time, this speculation was the duty of a small number of people who had larger, multi-media platforms on which to provide analysis. Discussions among fans were done within smaller networks in response to the commentary from journalists and hockey “insiders”. These smaller fan networks have since become closer together and grown to envelop the different entities within the game including major media outlets, professional leagues, teams and its players.

Fan participation and activity has reached new levels, but what has resulted is an abundance of information in a variety of formats. Depending on their motivations and interests, fans have numerous options when they consume what the game’s uncertainty has spawned. It is up to fans to decide how much information they consume, bearing in mind that too much of it can cause fatigue and frustration. Johnson (2012) compares this over-consumption of information to the over-eating of food, arguing that both are the fault of the individual rather than abundance of the product (information or food).

The over consumption of information may cause hockey fans to develop restrictive biases that limits their understanding of the game, including new ideas. For example, humans tend to exhibit a trait called confirmation bias, as we often search for and consume information that only confirms our beliefs or hypotheses. Confirmation bias has been found to occur in a number of fields, including medicine, judicial decisions and government policy development (Rickerson, 1998).

The key when dealing with an abundant amount of information is not to simply filter it, but to become more actively engaged with it. This requires individuals to be critical of the information before, during and after consuming it. And rather than speculate about the information surrounding the uncertainty of the game, hockey fans must dig deeper and get to what supports any piece of information or knowledge: data.

Data will become information only when meaning is applied to it. Unfortunately, the meaning applied to data is construed by competing individuals with different backgrounds, motivations, experiences, biases and theories. The development of web technology and the growth of the networks fan participate within has increased the amount of interpretation exponentially, further putting the onus on the individual to be more active with information.

A solution that is growing in popularity across different industries including healthcare, transportation and infrastructure development, among countless others, is data analytics.

Analysis of data is a process of inspecting, cleaning, transforming, and modeling data with the goal of highlighting useful information, suggesting conclusions, and supporting decision making” (Wikipedia).

To complete data analysis, there must be a problem or question, actual data or a method of retrieving that data, a logic or theory to guide its analysis and, depending on the size and complexity of the data, a tool to work with.

Hockey fans have already employed data analytics into their engagement with the game.  Websites like Behind the Net and NHL Numbers are examples of a collective group aiming to understand the information and remove the excessive, and often flawed, interpretations. For example, rather than consume a narrative about how fighting plays an integral role in a hockey game, fans have explored the data that might support or refute that claim.

Hockey analytics must be viewed not as a trend used by statisticians or data experts, but as a significant tool that could potentially impact how the game is analyzed and played. With the continued development of web technology and the barriers to participate online decreasing, hockey analytics is destined to grow as a vital tool for the information and knowledge surrounding the game.

Related: Importance of Hockey Analytics II – Hockey in Society (2014, May 5)

10 thoughts on “Importance of Hockey Analytics”