“So Nail Yakupov doesn’t do post game interviews in Ufa after another quiet game. Kid making people wonder on and off the ice.” – Terry Jones, Edmonton Sun 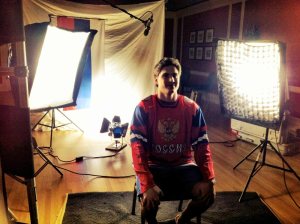 The above tweets came from three prominent sports reporters, based in Canada, following Team Russia’s shootout win over Sweden at the semi-finals of the IIHF World Juniors Tournament in Ufa, Russia. Russian captain Nail Yakupov, the Edmonton Oilers first overall draft pick from the 2012 NHL Entry Draft, was not available to the media following the win, much to the chagrin of the Canadian media contingent.

Players, especially team captains, who do not make themselves available to the media following an important win may upset reporters who need quotes and information to produce content for newspapers. Perhaps Yakupov was meeting with coaches or players, or maybe he was injured. And who knows, maybe this group of reporters was right, and Yakupov just didn’t want to talk. But to make an ill-informed assumption and label him as a bad leader or prima donna is simply irresponsible and misleading journalism.

The Internet a great tool for fans to get information right away and connect with online communities. Unlike in the past, fans today have full control over how much or how little information they consume. For example, sports websites are customizable depending on a fans preferences, and social media applications allow fans to select who they want to follow for updates. Fans can participate as much as they want to engage with the game, making following sports a very unique activity.

Unfortunately, the same traits of the Internet that benefit sports fans, like the ability to freely participate and easily engage online, also allows for the generation of crap content. To be clear, this crap content can be generated by anyone: fans, the NHL, NHL teams, or mainstream media. Baseless rumors, poor information or unreliable data can easily be published, quite often intentionally, to fuel speculation and draw traffic to websites.

It is ultimately up to the fan to establish filters when engaged online. Fans determine how much information they want to consume, how often, and what they want to do with it. Information really fuels speculation, which is a huge part of professional sports fandom.

Howard Rheingold, a prominent academic in the field of communications and technology, has emphasized the importance of online crap detection. Recognizing the vast amount of information available online, and the amount of bad information, Rheingold pushes for strong online literacy  among users, which will benefit the reliability of the knowledge available online. Online participants must take an active approach and question the information they consume before sharing or extending the content.

“We are indeed inundated by online noise pollution, but the problem is soluble. The good stuff is out there if you know how to find and verify it. Basic information literacy, widely distributed, is the best protection for the knowledge commons: A sufficient portion of critical consumers among the online population can become a strong defense against the noise-death of the Internet.”  – Howard Rheingold, SF Gate

The problem for hockey fans is that they are part of a large community, of which they have little control over how information, the good and the crap, is spread. An individual fan, for example, could dismiss the bogus rumors spread by self-proclaimed insiders, but will still interact with people who do visit these unreliable websites. No matter how much an individual tries to persuade the larger community that these websites should be ignored, there are still community members who just cannot resist the temptation to get drawn in. The only thing that can be done is to either continue pushing others to ignore crap content or, sever ties with people who consume crap content.

Neither option is easy, and, in fact, I would argue that crap content will remain an integral part of the professional sports industry, regardless of an individual’s actions. Speculation will always be a part of the game, and fans need something, even crap content, to ponder and reflect on. A case in point is the amount of hockey content that was produced regularly throughout the NHL work stoppage. Even with no games happening, mainstream media outlets, the NHL and fan communities remained active online.

As for Yakupov, he will, without a doubt, be under a lot of pressure in Edmonton.  Oiler fans are eager to see how well he can perform at the NHL level and what his role will be for the team to be successful. The hockey reporters belonging to mainstream media outlets who cover the game are not out to get him, but they are eager to draw readers to their articles. Raising speculation, such as the leadership qualities or personality of a player like Yakupov, is what sports reporters have to do to remain relevant in the professional sports industry.

8 thoughts on ““Crap Detection”: Filtering Through the Noise of Sports Journalism”