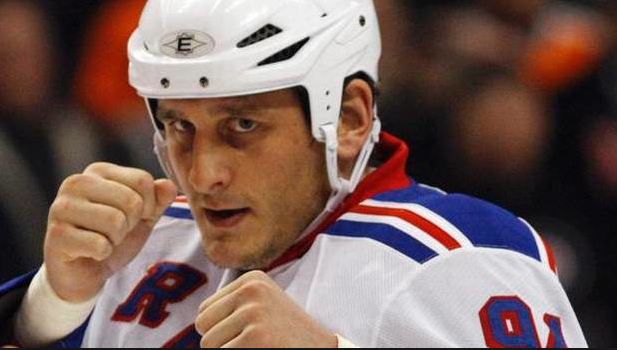 Derek Boogaard. Photo from the Globe and Mail.