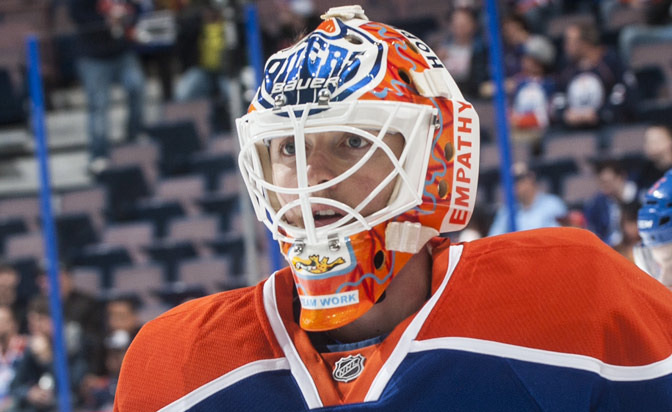 Ben Scrivens of the Edmonton Oilers