When the list of Summer Reads came out on Hockey and Society, at the very bottom was something I couldn’t not read: a hockey romance novel. Obviously some sort of bastardized Harlequin and Fifty Shades-esque image materialized in my mind. No sooner had that happened, I read Courtney’s note that her search for books about women’s hockey on Amazon produced “romance stories for women” about male hockey players. Of course. I assumed that the book would be some sort of tale about a woman lusting after an overly stereotypical hockey player and while I was right to some extent, I didn’t hate the story.

This book is one of those things that makes it difficult for me to toe the line between, on the one hand, being dedicated to gender equality and critical analysis, and on the other hand, just shutting off and mindlessly enjoying something for a minute. I equate it with my love of Disney World—it’s a horribly gendered and capitalistic trap, but sometimes I just want to be a princess and ride the tea cups! Of course, these preferences are likely all products of my environment, but is that always a bad thing? And where this is fiction, does it matter? The world can be a depressing place when I try to fight so strongly to dismantle gender norms and don’t take a break. With that in view, I will review this book twice: once wearing my gender and sexuality scholar hat and once wearing my straight-girl-on-summer-break-not-reading-anything-too-heavy hat. Before I begin, though, I have to say that we need more books on women’s hockey, whether fictional or otherwise. I know a lot of people who would happily read a book about women’s hockey; it’s an untapped genre that could take off as younger generations become more familiar with women’s professional and Olympic hockey.

Icing is the second book (technically third since there is a Book 1.5) in author Kelly Jamieson’s four-part series called “Aces Hockey”. She has written thirty hockey romance novels and is a USA Today bestselling author. The series follows members of the Aces, a NHL team in Chicago. In this particular book, one of the players breaks up with his gorgeous gold-digging supermodel girlfriend and swears off women, only to meet a new one hours later. He struggles to stop himself from liking her after finding out that she, too, works part time as a model despite being a seemingly down-to-earth waitress and university student. This new woman is skeptical of being involved with a rich professional athlete who is possibly self-involved, disloyal, disillusioned, and superficial. Stereotypes and prejudgments abound! Despite these concerns, the two find themselves falling for one another and there is occasionally some sexy time involved.

As a reviewer who approached this book for light and uncomplicated summer reading, I give it three stars out of five. The female protagonist was a sociologist like me, which made her relatable. She was also a very complicated character and I found myself judging her unfairly for not wanting to date a professional athlete until I received more information about her, which meant that the author was effective at spinning a tale in which I became invested. The scenes depicting hockey were accurate and detailed, which satisfied the hockey fan in me and made me give the author more credit for having committed to both the hockey and the romance and not just a stereotypical story about ‘puck sluts’ with hockey in the background. The love story was a bit thin for my liking, mostly because the physical scenes were most captivating and that’s not always my taste. But in terms of whether the book was decently written and accomplished what it set out to do—absolutely. I wouldn’t have picked up this book had it not turned up on the Summer Reading list, but I’m glad I did in order to get a glimpse into this genre, which is apparently relatively popular based on the Amazon search.

From a purely academic perspective, I give the book three stars out of five as well, mainly because of the way the author developed the main characters. The author portrayed the female protagonist very progressively, making her career-oriented, independent, resourceful, and self-reflexive; I thought that was excellent and I enjoyed getting to know her and accompanying her on her journey through the book. The author’s portrayal of the male protagonist, however, is concerning to me in the sense that it highlights an image of male hockey players that I think is harmful to our collective understanding of male athletes. He grew up on a farm, seemed quite simple-minded despite being thoughtful and generous, cursed a lot, and would become very protective of the female protagonist, at one point threatening to hit her own father before he knew the nature of their relationship (he also caused somewhat of a bar fight on her behalf, of which she did not approve). While I’m sure we may all know a hockey player who fits this description, I’m not sure that it’s one we should hope for in an individual.

There are male competitive hockey players who are dynamic, intelligent, even-handed, and non-violent and I would have preferred a story that highlighted that; it would have been a real triumph in terms of breaking down gender stereotypes for both men and women in a hockey context, especially since the female was portrayed progressively. Of course, maybe this is what readers want out of these books, but I would be much more likely to pick up another one if the hockey player in the story is more avant-garde. I also think that public perception of male ice hockey players would improve if these depictions of them were to improve, but I can understand that this is a very particular genre that occupies a small space compared to mainstream media when it comes to displaying male athletes. With that said, I went into this thinking it would be simplistic and smut-like and while it was that on some level, it was better than I had expected both in terms of the storyline and the portrayals of gender. There is a good chance that I will read the rest of the series to determine if they all follow a similar format.

Jamieson’s other books in the Aces series can be found below: 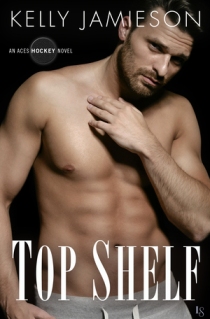 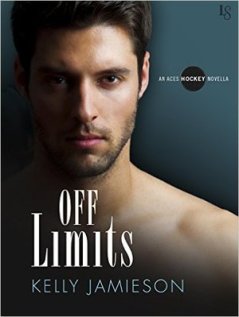 2 thoughts on “Fifty Shades of Hockey: A Review of Kelly Jamieson’s “Icing””