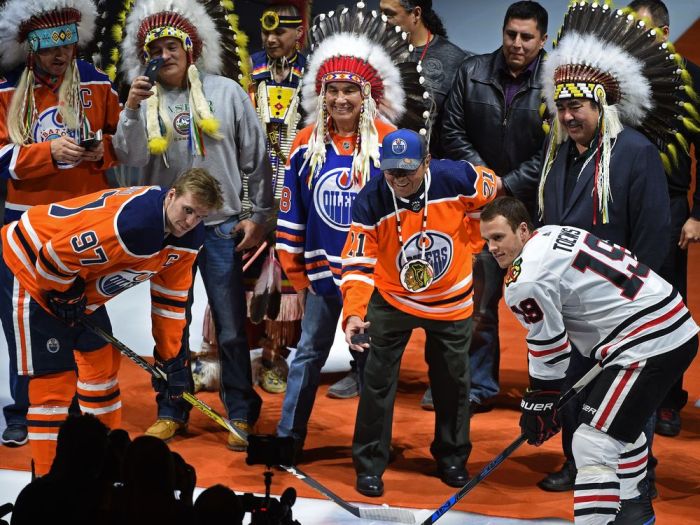 Formerly known as “Weekly Links,” our round-up of important and interesting pieces from the hockey blogosphere and media will now appear twice a month. [Editor’s note: Due to the holidays, this Links Round-up is appearing a week late]

I m every excited to announce my good friend Freddie Saskamoose will receive the Order of Canada today. He is the first,1st Nations person to ever play in the NHL. Highest award. Played for Hawks in 1954. Congrats also to his wife Loretta. They have been married 62 yrs.

HUGE news: As announced on @TheInstigators on @WGR550, Terry & @KimPegula are now the owners of the @NWHL's @BuffaloBeauts. The Beauts are the first team in the #NWHL to be owned by someone other than the league. They already play in the Pegulas' building, @HARBORCTR. #Buffalo

CBC and Rogers sign pact to let Hockey Night In Canada stay on CBC airwaves until at least 2026. Games will be streamed online and via numerous CBC apps for at least that long as well. https://t.co/WFAD8YqO5N