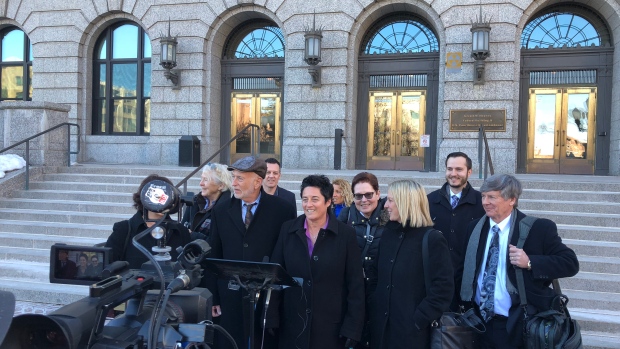 Shannon Miller outside a Duluth courthouse after being awarded $3.7 million USD in a discrimination lawsuit. Photo from CBC.

Formerly known as “Weekly Links,” our round-up of important and interesting pieces from the hockey blogosphere and media will now appear twice a month.

The Norwegian is the first woman to take to the ice in mixed #Paralympics #ParaIceHockey since 1994!#PyeongChang2018 pic.twitter.com/DYH3D6ZoGD