As someone who has had her surname mispronounced on a daily basis, this is a topic pretty close to home. If you’re wondering, Szto is easier than it looks, sounds like See-toe. Someone forgot the “e” on my dad’s birth certificate leaving us with three consonants in a row. So my late grandfather’s name was spelled Szeto, my uncle’s surname was Seto, and we ended up with Szto. I’ve heard everything from Sziztoo, Stitzo, Shto, See-too, to Stow. Every once and awhile I would get a teacher who would read everyone else’s first and last name for attendance and then they would get to me and it would just be: Courtney? These non-attempts were most annoying. The class would giggle and I would roll my eyes. My name was even mispronounced on stage when I received my doctorate. 🤷🏻‍♀️

Why does this matter? Because for those who watched the PWHPA’s showcases in New Hampshire and Chicago via the livestreams, player name pronunciation was a problem. A big problem. There are two main issues that need to be addressed: the pronunciation of French Canadian names, and then all the names.

First, there needs to be a better effort to pronounce French Canadian names correctly. Understandably, when English speakers try to pronounce French names it doesn’t nearly sound as good. But what we’re looking for is a reasonable effort so that there can be a consensus about who we’re talking about. Or as Yuliya Komska says, we need to make a “good faith effort to value the practices of non-dominant groups.” As sports become increasingly global, name pronunciation is an important way to demonstrate respect and inclusion for non-English cultures.

Research has observed that the mispronunciation of names for racialized people can lead to anxiety and resentment towards their names; in other words, this constant micro-aggression can foster internalized racism. Kohli and Solorzano (2012) refer to it as a form of cultural disrespect that confirms difference and otherness. Cultural disrespect can also be applied to French Canadians living/working in the very Anglophile countries of Canada and/or America. To dismiss the importance of pronouncing someone’s name correctly (or the need for a reasonable effort) is also to dismiss the value of the person.

Orange Is The New Black actress, Uzo Aduba, has been very vocal about not changing her name to something more Western sounding in order to make her life easier. Her full Nigerian name is Uzoamaka Nwanneka Aduba and her first name means “The road is good.” When she was in school she wanted to change her name to Zoe but her mother rationalized, “If they can learn to say Tchaikovsky and Michelangelo and Dostoyevsky, they can learn to say Uzoamaka.” (Fun Fact: Aduba has a brother who plays hockey and his name is Obiajulu Aduba. Apparently it was Uzo who got him into skating). Momma Aduba has a point: if people care about you, if you matter, they will learn how to say your name as best they can.

When the Vancouver Canucks drafted Swedish phenom Elias Pettersson they made an effort to explain how his name should be pronounced:

Giovani Lochness is now in goal for Team Dupuis

Second, the issue of rough pronunciations in New Hampshire was further compounded at the Chicago showcase (Day 1) when even non-French names were read incorrectly. It sounded like the announcer was reading most of the names for the very first time. If you are going to be on TV, on a livestream, or have a microphone in your hand, it had better not be the first time you’re reading these names! There is also a difference between a slip of the tongue and patterned errors. Even the players were laughing at how badly the whole thing went down. Hannah Burton instead of Hanna Bunton and Naylynne Spooner instead of Natalie Spooner come off as a lack of preparation and as an amateur production. It’s bad enough when media show up to games and don’t know who the players are. When names are read incorrectly over the PA system it reinforces the side-show nature of women’s hockey that we’re trying to correct. It feels like women aren’t worth the extra time and effort. And, it’s not like this is a new issue that has come up with the Dream Gap Tour. At the CWHL 2019 All-Star game, the announcer butchered Anastasia Bucsis’ name when she was introduced as a celebrity coach (Bucsis is a 2x Canadian Olympic speedskater and host of CBC’s The Player’s Own Voice podcast, where she says her own name at the start of every episode), and the issue has come up on Canadian telecasts as well.

What was even more peculiar was that Noora Räty’s name was pronounced correctly on Saturday (and no native-English speaker reads her name right on the first go). Noora deserved to have her name announced correctly but so did everyone else. Admittedly, the commentary and announcements for Sunday’s championship game in Chicago were remarkably better (except for the announcement of Josiane Pozzebon). It also helped that they had Nick Gismondi from the Chicago Blackhawks doing the play-by-play.

Positive note: pronunciations being discussed in the media room

Maria Tassone, a former member of the Markham Thunder’s communications team, was at the Chicago showcase and shared these thoughts with me:

As a Canadian who used to volunteer in communications for the CWHL’s Thunder franchise there with fellow former volunteer and staff members, we stood with our mouths agape. The American fans who were sitting in front of us were getting a kick out of knowing how bad the pronunciations were, and even asked us later in the game if the announcer got Poulin’s name right on her goal announcement (they did not).

The fans in the stands knew how badly the Lamoureux’s names were butchered, and I’m sure they could only imagine what was happening with the other French rooted names.

Perhaps the worst part was that the announcer did not correct their pronunciation on the second day (he was doing the in-arena for the consolation game). He still used Giovani Lochness, Veronica over Victoria [Bach], and others.

I know French names can be difficult. I know sometimes stutters and misreading can happen. I know even those who know the names sometimes mess up. But aren’t we all tired of this being a consistent problem? If I was a casual fan of Team USA who came to the game and I liked the play of the player announced as #15 “Melanie Dewie” (and I didn’t have a program or couldn’t see/memorize the name plate), I would go home and type the name I heard into Google so I could learn more about her. This would lead me to a dead end.

Maybe I remember and look up the college she attended as it was announced. “Magwell University” would also come up empty.

Some people might ask for help on Twitter, or take the time to go to the PWHPA website or social channels to comb for information, but some would give up. They would never know that McGill University alumna Mélodie Daoust is a two-time Olympian who they very much should be following on and off the ice.

I would like to point out how those working for the PWHPA worked hard to make the experience for the players, fans in the rink, and those at home better on the second day. They knew how bad it was, and turned around some changes very quickly (I did only watch the second period of the Championship game as both games were happening at the same time, but I heard it was loads better in the arena and on the stream).

As Tassone points out, aside from the social and cultural issues, there is a marketing issue with incorrect names. When announcers and commentators say the names incorrectly, all of the people who are new to the game will also learn the names incorrectly. The PWHPA is trying to grow the game by introducing hockey to new markets. In order to present a coherent and unified brand we collectively need to be on point with promoting the product, and the product is the players. There is no secondary product. These are some of the best players in the world and they deserve attention to detail. When my teammate Dawn gets put on the roster as “pawn” (yes, with a small P) that’s funny. When Marie-Philip Poulin’s name gets mangled while she’s skating to centre ice, large Tim Horton’s cups across Canada shed a tear (#VeryCanadianJoke). It’s unacceptable. One of the privileges of being the best at what you do is that your name is supposed to be recognizable — your name precedes you. These women are already underprivileged with respect to recognition and visibility; therefore, the very least we can do for them is to get their names correct every time they step on that ice. “Good enough” is no longer good enough. That’s kind of the whole point of the Dream Gap Tour.

This is not meant to be a criticism of any particular announcer or commentator because, as I’ve said, it has happened before on numerous occasions. But it is a pattern that needs to be broken. Nor do I believe that anyone is deliberately disrespecting any of the players by mispronouncing their names. What I am saying is that the PWHPA is raising the bar on the ice and it’s the job of everyone on the other side of the boards to match that effort. When in doubt, just ask. That’s what Hilary Knight did when I met her at the recent Montreal PWHPA fundraiser golf tournament. I spelled my surname for her and she asked me how to pronounce it. It wasn’t even relevant to what we were doing but I appreciated the interest. If Hilary Knight can take the effort to get my name right, then I think we should be able to reciprocate that kind of respect to her and her colleagues. 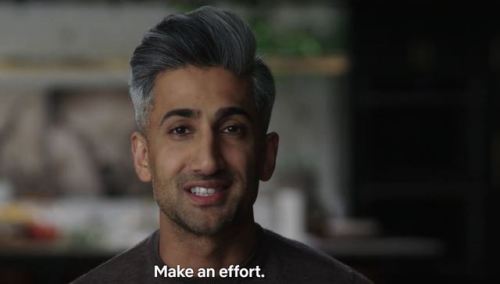