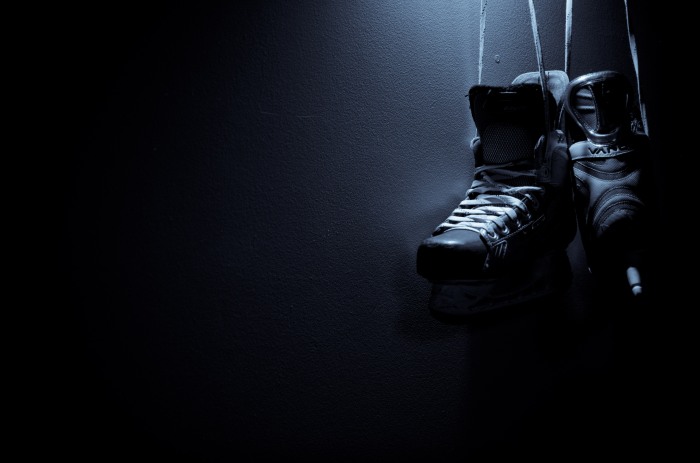 Last fall, Bob Dawson reached out to me and asked if I would be interested in co-organizing an event to address racism in Canada’s game. Naturally, I said YES. Bob was the first Black player to play in the Atlantic Intercollegiate Hockey League in 1967 with St. Mary’s University. As a diversity consultant and Black hockey historian, he has been compiling an annex of racist incidents that have occurred in hockey and both of us remain frustrated by the lack of “real change” in the sport. By “real change,” I mean conscious efforts to address the whiteness of the game at all levels.

Admittedly, the most significant efforts by institutions such as Hockey Canada and the NHL have been at the grassroots level to draw more diverse participants. These learn to skate/learn hockey programs have certainly had an impact on who is entering the game. However, because nothing has been done to address the systemic racism in the game, what we are doing is inviting racialized youth into a culture that doesn’t really know what to do with them. Here are some recent illustrations:

The Diaby incident, in particular, reminded me of a reflection from Val James’ book, Black Ice (which I profiled in 2016):

Of course, when I was subjected to racial abuse on road trips, I could count on the support of my teammates. They always said the right things but, try as they may, they couldn’t really sympathize with what I was going through. An old Midland teammate recently brought up an incident when opposing fans threw bananas at me. What the hell could my fellow teenagers on the Flyers ever say to make that better? They would be offended on my behalf but, not being black themselves, they just could not relate to the pain and humiliation and anger that I was experiencing. In that sense, I was very much alone.

Diversity is good for the game because diversity is good for business. More customers = more money through the till. But diversity is not the same as racial justice. Racial justice is about addressing issues of power, privilege, and access. In the case of hockey, we specifically need to address who fills the positions of power: coaches, scouts, owners, GMs. We need to address who gets to tell the stories: beat writers, reporters, journalists. We need to address which contributions to the game are remembered and which contributions are barred from commemoration in hockey’s history. The Colored League of the Maritimes continues to be a forgotten part of hockey’s history. So, again, why invite racialized youth to be the future of a game that refuses to acknowledge the racialized people of its past?

Thus, the Roundtable on Racism in Hockey attempts to address these issues of injustice, or at least give regular folks the tools to practice anti-racism at the rink. We want coaches to have a better idea of what to say to players if/when they experience racism. We want media to know how to write about racialized players and incidents of racism. We want (racialized) players to know that it is okay to say the “r” word and that it is NOT actually a given part of the game. We want everyone to understand the role that hockey can and must play in achieving Truth and Reconciliation in Canada.

Our speakers list is telling. It is telling because of who is NOT included. It is an indication of who is willing to tackle racism in the game and who would prefer things “sort themselves out.” Suffice it to say, representatives from all the major leagues, teams, and sponsors who have been keen to attach their names to “Hockey is for Everyone” were invited to speak, not about diversity, but about racism. We received almost 100% silence from those who we need most to be serving as allies [UPDATE: since this post was first written the NHL has agreed to send a representative to participate in the event and act as an official sponsor of the event]. Racism in hockey exists because those in positions of power refuse to address it. As Kim Davis recently stated in an interview with For the Win, “It’s much more powerful when white guys in positions of power are actually the champions as opposed to putting people of color in the forefront.”

With that, I would like to cordially invite you to join us in Kingston, Ontario on Saturday March 30th to do the dirty work involved in creating racial justice. Bring your questions and experiences and be ready to workshop tangible solutions that you can apply to your role in hockey culture. Our speakers include:

Tickets are $10 for students and $25 for the general public. Lunch will be provided on-site. Learn more and purchase your tickets through Eventbrite: https://www.eventbrite.ca/e/roundtable-on-racism-in-hockey-tickets-54680926122

The Roundtable is a joint initiative between the School of Kinesiology and Health Studies, the Department of English and Literature (Dr. Sam McKegney), Queen’s Athletics and Recreation, and QMix. We would like to thank the Office of the Provost – Inclusive Community Fund for helping to make this event possible.

One thought on “Roundtable on Racism in Hockey – March 30th”