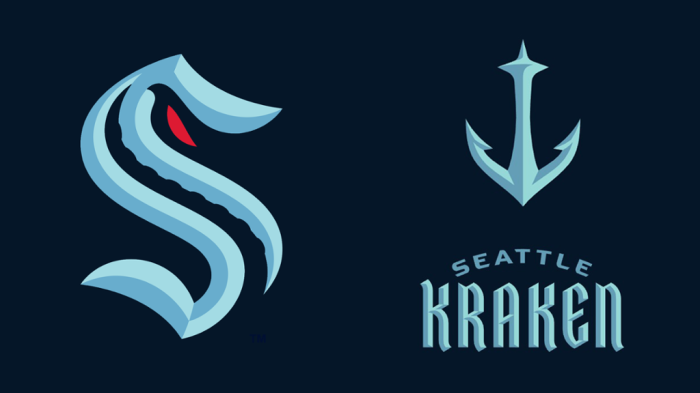 After months of anticipation, the NHL’s 32nd franchise, based in Seattle, revealed its name, logo and jersey last week. Welcome to the NHL, Seattle Kraken:

A legend from the deep awakens.

It’s an exciting moment for fans of men’s hockey in Seattle, and for NHL fans more broadly. But, underneath the feel-good celebrations there are reasons for critical appraisal of the Kraken’s emergence. As such, I offer four initial thoughts on the franchise and its place in the NHL and the Seattle community. Specifically, I briefly critique the economics of NHL expansion, two of the initial corporate social responsibility initiatives related to the Kraken, and the emergence of crack cocaine jokes and nicknames among fans in online spaces.

For all the excitement about a new team in a passionate sports market, and the usual talk of representing Seattle’s community and history (as if a sports team could actually do that), let’s not pretend that the NHL is acting altruistically. Rather, this deal (gasp!) is all about the Benjamins: 6,500,000 Benjamins, to be precise. Yes, the 30 NHL teams that predated the Vegas Golden Knights will be splitting a combined $650 million (all figures in USD) in expansion fees from the Kraken owners. Along with the then-record setting $500 million they received when Vegas joined the league, that means that the owners of these 30 teams received $1.15 billion in the past three years. That works out to roughly $38.3 million in cash for each of the 30 ownership groups. Meanwhile, the Seattle owners are presumably shelling this vast amount of money out expecting a solid return on their investment. So, as in all pro sports, you need not look too deeply beyond the ubiquitous mythologizing of sport as a community benefit to find that money is at the root of most decision-making.

I am highly skeptical of the motives behind and discourses about corporate largesse. Entities whose existence is predicated on maximizing revenue are hardly likely to be acting altruistically; nor should we be relying on corporations for investment in public goods, as countless neoliberal governments have increasingly done since the 1970s (including with sport and recreation programs). Yet, despite this skepticism, it is of course possible for corporations to actually do some good with their social responsibility efforts. And the Kraken offered a promising and, for the conservative NHL, at least, radically different model by donating 100% of the revenue from merchandise sold by August 21 to local non-profit organizations that are working “to help end youth homelessness and create positive pathways and opportunities for BIPOC (Black, Indigenous and People of Color) youth in our region.”

Does this mean that the Kraken will likely sell more merchandise and get wider branding in this nascent stage of their existence? Yes. And does it mean that the Kraken get to sell a feel-good narrative about their franchise, that makes fans feel like they’re doing something good by consuming? Yes. But, does it also mean that local charities doing important social justice work will likely receive a significant injection of cash, given that the excitement around the Kraken should translate into significant merchandise sales? Also yes. So, it appears that the Kraken have foregone a significant revenue-generating opportunity in order to support grassroots efforts to improve the lives of vulnerable Seattle residents. That seems like a promising start to the franchise’s impact in the local community.

Corporate Social Responsibility, Part 2: Doing Some Good in the Fight Against Climate Change, or Engaging in Corporate Greenwashing?

In keeping with the theme of doing things differently, Seattle announced that it would not take corporate sponsorship for its new arena (forgoing tens of millions of dollars) and instead name it Climate Pledge Arena. This name reflects the building’s stated aim “to be the most progressive, responsible, and sustainable arena in the world” – a goal backed up by a host of green initiatives at the new stadium. Sounds great, right? Well, it turns out that the name was chosen by the world’s richest person, multibillionaire Jeff Bezos, who built his massive wealth as the founder of Amazon. And Amazon has drawn considerable criticism for, among many other problematic corporate practices, its environmental record. So, does the unusual Climate Pledge Arena name – rather than Amazon Arena, Bezos Place, or whatever the Amazon mogul wished to spend the tens of millions of dollars he just found under his couch cushions – represent actual commitment to fighting climate change? Or is it really just a case of corporate greenwashing designed to make Bezos and Amazon look like good corporate citizens.

Finally… Let’s Just Not Start with the Crack Cocaine Jokes

Can banter (or “chirping,” if you want to speak proper hockey-ese) between rival fanbases a fun part of sports fandom? Absolutely. Are there lines of decency and respect that should not be crossed? I argue yes, though clearly many fans do not agree with me. When it comes to the Kraken, there have been some obvious jokes made about the fanbase and the arena that oh-so-cleverly make use of the first syllable of the nickname. Krak. Crack. Get it? Haha.

But you know what? Drug addiction is a serious health crisis in countries around the world. And crack cocaine, specifically, was weaponized by the US government to heavily police Black neighbourhoods and incarcerate Black men, with devastating social and health consequences. The word “crackhead” actually emerged in that context to equate crack addiction with Black people. So the various “crackheads” and “crackhouse” jokes that have been popping up social media have a problematic underpinning, whether or not the fans using them are aware of this fact. Given that context, how about we just don’t go there with the banter, folks? Thankfully, the Kraken’s official team retailer agrees:

Why we’re not promoting the "Krak-heads" and how you can help us donate money to help fight drug addiction in Seattle. #SquidSquadhttps://t.co/FYUnmvVMeN pic.twitter.com/td3HjnLcdn

3 thoughts on “Four thoughts on the Seattle Kraken, the NHL’s newest expansion franchise”