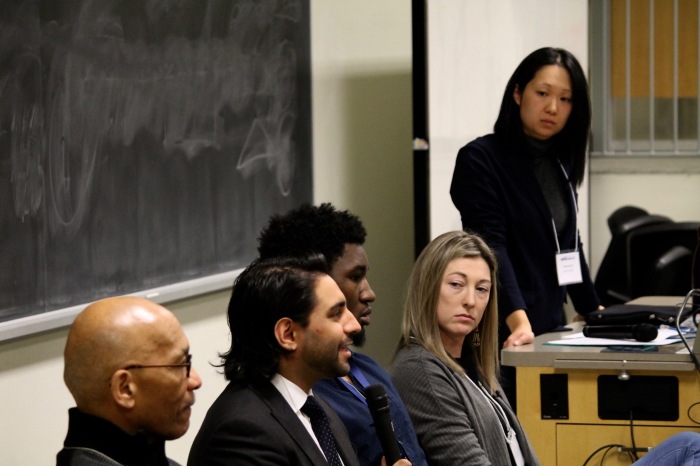 On March 30th, 2019, a Roundtable on Racism in Hockey was held at Queen’s University in Kingston, Ontario, Canada. The purpose of the event was to draw attention to racism as a significant and ongoing problem in hockey. Additionally, we wanted to create actionable items for those who want to be part of the solution. Eleven months later, we are proud to present 10 Calls to Action specifically for individuals, leagues, organizations, and media who wish to contribute to a more equitable and inclusive future for the game. The Policy Paper is co-authored by myself, Sam McKegney (Queen’s University), Bob Dawson, and Michael Auksi.

Time and time again, racist incidents occur and the hockey community is righteously appalled—but then attention fades and it’s back to business as usual, with no substantive structural or systemic change. We’re advocating for practical, actionable changes we believe will not only make hockey more inclusive but will help unlock the game’s potential as an instrument of positive social change.

The Roundtable on Racism in Hockey was the brainchild of Bob Dawson. He is a diversity consultant, Black hockey historian, and was the first Black man to play for St. Mary’s University in 1967. Bob contacted me one day with this idea of a Roundtable event and off we went! Bob was also instrumental in having the Colored Hockey League of the Maritimes recognized with their own commemorative stamp to celebrate the 125th anniversary of the league. With respect to the creation of the Policy Paper, he contends:

To somehow downplay, overlook, or even ignore the growing issue of racism in hockey will place the long-term health and future of the game in Canada at risk. For me, this policy paper clearly identifies proactive measures and strategies in 10 key areas that could be taken by Hockey Canada to make hockey more safe, more welcoming, and inclusive.

The hockey world has taken a long time to accept its role in combatting racism and telling diverse stories, and it still has a long way to go. But make no mistake that whenever changes are made it is usually because of people like Bob Dawson working diligently in the background.

Roundtable on Racism in Hockey. Photo by Tallulah Williams.

Michael Auksi, who is an Anishinaabe-Estonian PhD. student at McGill University, is centring his research on the hockey history amongst the Lac Seul First Nation. Similar to Dawson, Auksi’s dedication to anti-racism also stems from personal experience:

I have both lived and witnessed first-hand the joys associated with the great sport of hockey. I haven’t always felt safe at the rink, but my love of the game always triumphed. No one should ever come to the rink feeling unsafe. For all of us who truly care about the past, present, and future of hockey, this policy paper represents the start of a great journey.

It is also important to acknowledge that Eugene Arcand, who was the keynote speaker for the 2019 Roundtable, instigated this Policy Paper as a requirement for his participation. In Mr. Arcand’s keynote speech it became quickly evident that asking survivors of residential schools to speak about their trauma provides little benefit for them, but is most beneficial for those of us who were never forced into such institutions [Mr. Arcand’s keynote speech is not linked with the other videos from the Roundtable at his request]. Hockey was intimately intertwined with the trauma he suffered at residential school, while also offering him unusual privileges that were off limits to him before he was known as a hockey player. For instance, even though Indigenous People are disproportionately discriminated against and harassed by law enforcement (30% Indigenous representation in prison, 42% amongst the female prison population), Arcand experienced lenience from police as his celebrity status around the rink increased. It is precisely these types of confusing and problematic relationships that need further scrutiny and hockey is part of the discussion whether we like it or not.

Media tend to ask the misguided question: Is hockey culture racist? Or is hockey more racist than other sports? The reality is that hockey is no more or less racist than any other sport. We have seen suppression of racial justice in the NFL even though Black athletes are disproportionately represented on the field and soccer deals with racism around the world almost on a daily basis. As Dr. David J. Leonard wrote for Vox in 2016, “Proximity to [racialized difference] doesn’t guarantee understanding, empathy, or even respectful deference.” This is why our policy document focuses on anti-racism instead of diversity efforts. Unlike diversity, racism is not a numbers issue; it is an issue of power relations and its time we treat it as such. 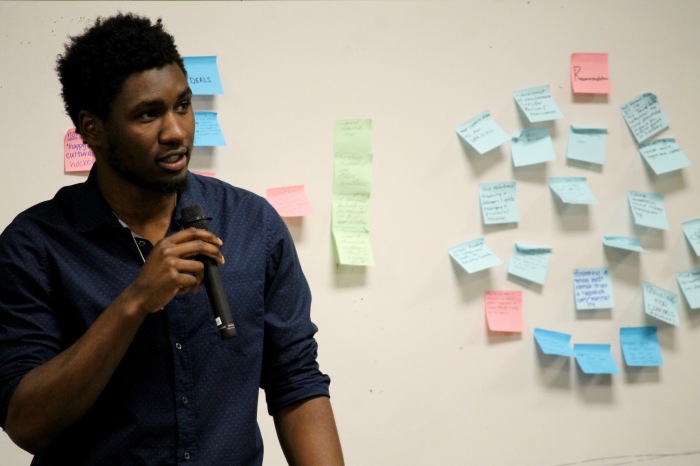 Personally, it always comes back to the two Canadian myths that we like to tell ourselves and the world:

If these two myths are supposed to be true separately then they should not unravel in combination. The bottom line is that “Canada’s game” does not reflect most of Canada’s people; and, while hockey is not solely a game for Canadians, the mythologies and its position as our national winter pastime set the bar far higher for Canadian hockey than it does for other federations and nations. Hockey can be a joyous game under the right conditions but the reality is that ‘Canada’s game’ offers no professional opportunities for women in Canada today, there are no openly gay NHL players, and racism at the rink remains consistent at all levels of hockey. Our hope is that these calls to action bring the game one step closer to living the ideal of hockey being for everyone.

12 thoughts on “Exclusive: Policy Paper for Anti-Racism in Hockey”